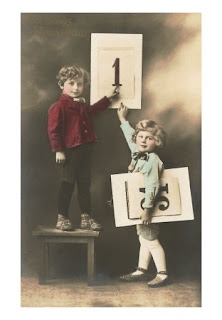 To one and all here's wishing you health wealth, peace and bliss!

As 2008 closes I am grateful for so m any things. Number one being finally rid of a certain someone who made my life a living hell for far too long. Number two is the strength I found and kept though all the friends and family who gave me strength and support over the past few years of tribulation! Number three Bush will no longer be in office (bet you thought I was referring to him in number one!) Number four is Fabulon's still going strong! And, Number Five is all the fun I've had posting on and meeting people though the Blogosphere!
"Be they few, or be they far,
Would I were where my people are!"
* "The Lost Tribe" Ruth Pitter
Posted by ilduce at 4:04 PM 6 comments:

In the spirit of the seaon, and at a time when we so need good will towards men. Happy Holidays one and all!

Uneasy thanks to TJB.

I've been inducted into a gam of tag. The rules are as follows:

1. Link to the person who tagged you. 2. Post the rules on your blog. 3. Write six random things about yourself. 4. Tag six people at the end of your post and link to them. 5. Let each person know they've been tagged and leave a comment on their blog. 6. Let the tagger know when your entry is up.

1. I never lie about my age and disapprove of those who do.
2. I will take an ice cold glass of gin and blissful solitude at a bar over ininteresting company ALWAYS
3. I am truly starting to believe that I need a man in my life, like a fish needs a bicycle.
4. Despite number 3, I might not say no.
5. But I probably will, I am my own worst enemy.
6. I am a bit of a loner and thus am not sure I know five other people on blogger who may not already been tagged 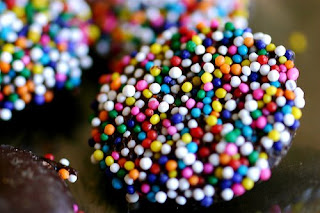 So the Library has just exchanged Christmas presents this morning and my office mate has given me a bag of Nonpareils which I have already half consumed and we've barely reached eight -thirty in the morning. Add to this a school wide Christmas party this afternoon and then a bartending gig at some company's Christmas party this evening, I have a feeling that there is going to be an awful lot more of me to love come this Christmas!
Posted by ilduce at 8:25 AM 6 comments: 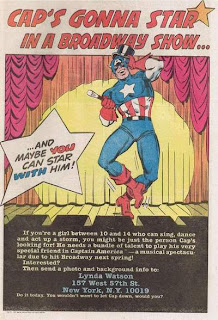 That's right, if you're a girl between 10 and 14, then this rather built, but suprisingly flat in a certain area, spandex clad, singing, dancing grown man is looking for you to play his "special friend".
Now if it were Reb Brown casting the audition I might consider it........
Posted by ilduce at 8:10 AM No comments: 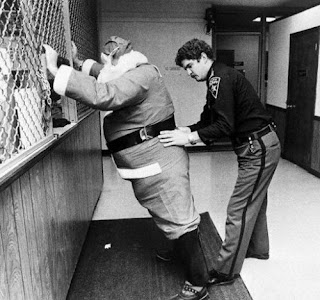 Akron -- A Sheriff's deputy frisks Santa Claus, John Kaufman, 30, after he was arrested Tuesday for allededly assaulting a jeweler who objected to his method of soliciting contributions. Kaufman, who was booked on assault charges, was in charge of a group of three Santas from the Cleveland Temple of Hare Krishna who were soliciting contributions in an aggressive manner, according to police reports. (1978)

I am pondering soliciting contributions to the ilduce fund in "an aggressive manner" but secretly hoping for better results.


via: If Charlie Parker Was a Gunslinger,<br>There'd Be a Whole Lot of Dead Copycats
Posted by ilduce at 8:19 AM No comments:

Glenn Miller -- I've got a Gal in Kalamazoo

It was 64 years ago today, December 15th, when Major Glenn Miller disappeared on a flight over the English Channel. He was on his way to oversee accommodations for his Band of the Allied Expeditionary Force in Paris, where they would give a special concert for Allied troops on Christmas
Day. They followed him across the Channel a few days later.

I soooo definitely would..... 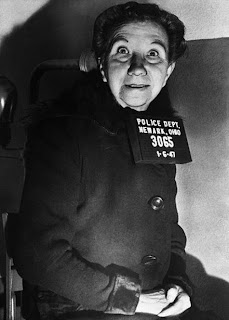 Original Caption:Newark -- Mrs. Laura Bell Devlin, 72, who murdered her 75-year-old husband, Thomas Devlin, then dismembered his body with a hacksaw and scattered the parts in the backyard, today professed her dislike for jail. She protested vehemently when officials tried to fingerprint her saying "that ink will make my hands dirty," and again when she was placed before the camera, "No," she asserted. She kept repeating "Can I go home now?', unmoved and in no way penitent for the alleged crime. (1947)

What I find the most spooky aspect of this photo is how much she reminds me of the countless sweet elderly neighbors who lived on our street growing up. They bought chocolate bars and Christmas wrap from me whenever a fund raiser appeal came about, handed out candy on Halloween and helped me earn money by letting em mow their lawns. Who knows what goes on behind closed doors???

via: If Charlie Parker Was a Gunslinger,<br>There'd Be a Whole Lot of Dead Copycats
Posted by ilduce at 10:33 AM No comments: 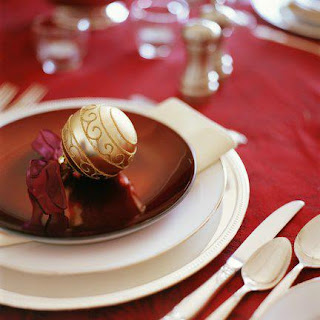 to be overworked and under paid! Three days straight of working double shifts, running from library to bartending has left me bereft of sleep, clean laundry and more irksome, tips. I spent Saturday evening schlepping martinis for a swarm of lawyers all boasting about travel and real estate plans, but none of them evidently cash viable enough to leave a tip.

It takes a special kind of confidence to spend an evening telling a bartender how glad you are he’s here and how wonderful he is and then to stiff him completely all the while continuing to drink any concoction that he’s mixed for you….

Next time I’m on this gig I am pocketing some sterling salad forks…..

While I didn't know the full meaning of the word camp as wee child, I did realize that the Batman series, and this scene in particular brought whatever camp was to new levels. If only for the classic lament:

No! Not our hair! Anything but that! 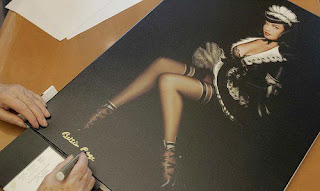 Alas, yet another vanishing icon....

Via: Los Angeles Times
Posted by ilduce at 9:30 AM 2 comments: 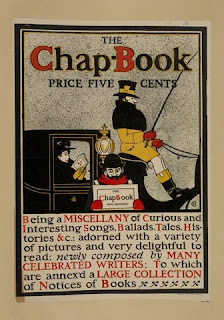 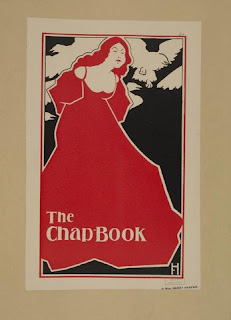 I plan to do all my Christmas shopping from the "chap" book this year. Starting with: 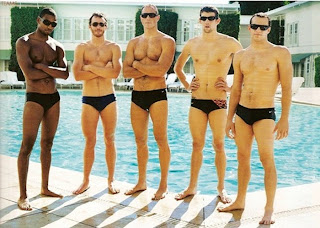 Posted by ilduce at 9:10 AM No comments:

Yet another reason I won't shop at Urban Outfitters!

Besides MY personal dislike for all their clothing, I recently found out that shopping there supports Proposition 8 and other extreme religious right causes! See:

I Support Support Shirts at BradWalsh.com
Posted by ilduce at 9:27 AM No comments:

Is it just me?

There is a story in the Boston Globe today about the disturbing rise of nude photos being taken, or allowed to be taken, by high school student and sent by cell phone to cell phone eventually ending up on the internet. This past weekend on a catering job a fellow employee insisted on showing me nude photos of himself in various phases of “excitement” despite my protests that I really did not want to see such. A while back my interest/respect for someone I was just starting to date evaporated when he announced that he put on a live sex show every night via a webcam.

What I am having trouble understanding is the belief by every average Joe that he is nude photo worthy. Nor can I wrap my mind around the naive, read: INSANELY STUPID, belief that these photos which include their face and all identifying birth marks, will remain safe and hidden rather then eventually end up on the net or somewhere in cyberspace, so they an be easily retrieved when it comes time to interview for a job, or security clearance or run for office. 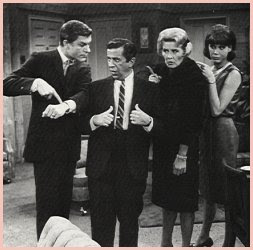 The problem of working out of town, in the middle of suburbia, on a campus surrounded by wetlands, is that you are cut off from everything the entire eight hours you are on campus. Every errand becomes a chore involving getting your car and driving off campus.

This morning I wanted coffee and I wanted it BAD, in the way only a true addict can crave his or her caffeine fix. Now do we provide coffee on campus? Yes. Is it palatable or even drinkable, NO! Do I own a car? No. Is there a Starbucks or Dunkin Donuts anywhere less than a mile and a half away? NO! You see how the universe is against me.

If I worked in Dick Van Dyke’s office, not only would I have the benefit of working all day with the likes of Buddy and Sally wisecracking it up, (not to mention being located in New York !!!!) But at any given moment I could simply call downstairs and have the coffee shop send up coffee and danish all delivered by an extra in need of a walk on role.

The only thing I could get by calling downstairs right now is one of the tutors from the skills center.
Posted by ilduce at 3:12 PM 3 comments: 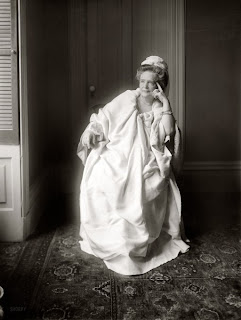 1909. "Mme. Diss-DeBarr," a.k.a. "the noted and notorious Ann O'Delia Dis Debar, of many aliases, a number of husbands and several prison terms," according to a 1909 article in the New York Times. The headline calls her an "ex-priestess of fake spiritualism." 8x10 glass negative, George Grantham Bain.

As if the money wasn't enough, Mme. Diss-DeBarr and her (then)husband Frank were also arrested in Birkenhead, England in September 1901, and charged with obtaining property by false pretences, rape and buggery. The later charges seem to have arisen from sexual practices at their temple in London. The couple defended themselves, but the Swami was sentenced to 7 years imprisonment, and her husband to 15 years

Room without a view 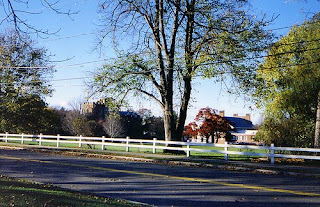 So they are currently tearing up the green around the library for construction of a new science building. Trailers have been delivered and fences are going up which will mean that we are going to be deprived of our grand view of the campus for the next year and a half. What the hell am I going to gaze at while I daydream at my desk?

Hopefully the construction workers will offer a bit of eye candy.

While the dessert appeals to my diet sense I think the real reason I'll end up serving this recipe is that I actually own the tea set pictured here. Inherited from a favorite maiden Aunt many years ago, it's been sitting unused in my china closet like so many other pieces I've acquired/inherited and never use. I tell you, working in the catering field really saps your enthusiasm to entertain on your own time.
Posted by ilduce at 11:40 AM No comments:

Nothing hides the pain of P.M.S. like patriotism!
Posted by ilduce at 11:27 AM No comments:

Nell Carter sings "Get some cash for your trash"

There are days when this particular song will creep into my cranium and play itself endlessly. Fortunately it's always Miss Carter singing it!

Guess which size sold out 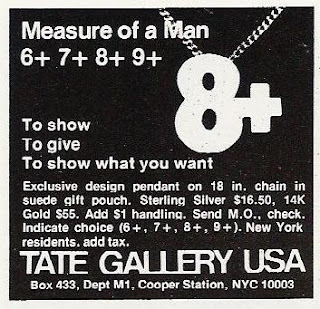 I wonder how they insure accuracy, cuz you know them bitches is lying...... 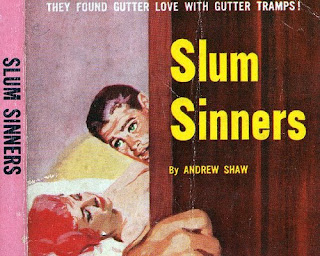