Through the magic of Netflix I had a privsate showing of a Shelly Winters double feature last night. (shut up! I knowI! Yes that's how I spent my Saturday night!) First up was "What's the matter with helen?" A move I'd heard about though the now sadly defunc site "Dewey Webb Page Confidential.

Made almost 10 years later and perhaps only following the trail of "whatever happened to Baby Jane?", rather than jumping on it's bandwagon. Set in the 1930's, "What's the matter with Helen?" stars Shelly Winters and Debbie Reynolds as two the Midwestern mothers of two Leopold and Loeb--like murderers who flee their unwanted notoriety and move to Hollywood, and open a dancing school for would-be Shirley Temples seeking to break into the movies. Adelle falls in love with a Texas millionaire, (Dennis Weaver) but Helen turns to an evangelist Agnes Moorehead, no less!)and gradually goes off the deep end. Soon corpses of all kinds start piling up.

Last night's second film featuring Miss Winters was "Whoever Slew Auntie Rue?" A film I watched on TV as a child and was brought to mind my a mention in one of her autobiographies. It's basically a rewrite of Hansel (Mark Lester of "Oliver" fame)and Gretel.

What I remembered most form my childhood viewing was the fantastic house and sets of "Forrest Grange" in particular the "gingerbread'(get it?) Victorian shingling.

Posted by ilduce at 8:21 AM No comments:

And trust me you WILL regret it....

"Your funeral director renders an essential service" Cuz nob0ody likes a rotting corpse......
Posted by ilduce at 9:05 AM 1 comment: 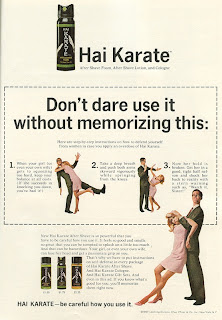 When do I start wearing low V-necks and gold chains?
Posted by ilduce at 9:02 AM 2 comments: 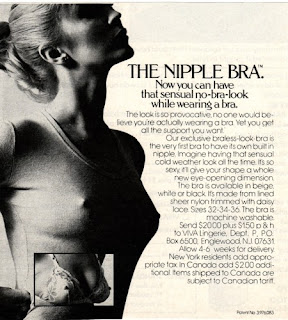 We also offer the penis cup, now you can have that sensual no-cup-look while wearing a cup.
Posted by ilduce at 8:58 AM 1 comment:

In fact it's my traditional News Year's Resolution...... 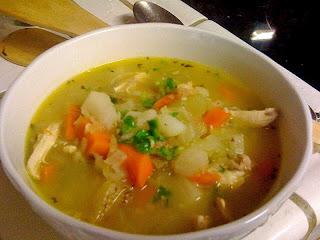 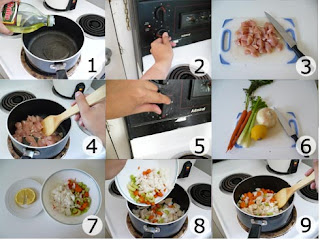 Even if it is against my will.....
It's chicken soup time! Yes, for those of you that follow my little meanderings here you might remember mention this diet/cutting phase in the past.

Alas not exactly my decision this time, the choice is being thrust upon me at this juncture. Being healthily eupeptic I put on more than my share of holiday weight last month, of course the weight plate toe injury taking me out of cardio didn't much help! Even more distressing, I've been ordered to stop lifting heavy weights for a while by my physical therapist. It seems my shoulders aren't happy in having to cooperate in lifting my body weight over my head.

All these ill stars aligning have deigned that I might as well go on a cutting phase, i.e reduce carbs, increase cardio(now that my toes are healed) and redirect my workouts to lighter weights and longer reps to tone. This would be all well and good in March or April when I usually start to prep for bathing suit season. where/how in hell am I going to show of my bathing suit form in February in the middle of New England?
Posted by ilduce at 8:14 AM 1 comment: 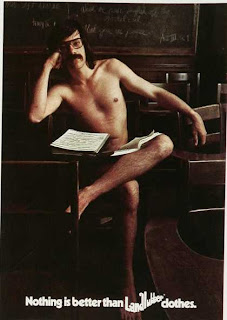 Have mercy! I'd certainly spring for some clothes to cover that up!
Posted by ilduce at 9:40 AM 1 comment:

From your concerned friends at the Puritan publishing company.

Whatta ya hear from Gorsha?

Yet another night of slinging hash and flirting for tips. If anyone had ever told me that this was how I would be spending my forties.... 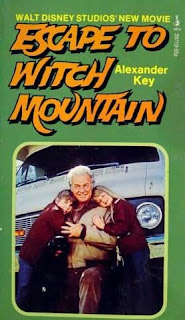 This was one of my favorite books as a middle reader. I remember reading it several times over, mainly sitting in my Aunt Mary's kitchen in the recliner she kept there reading and dreaming of running away just like Tony and Tia(yes I know running away seems to be a recurring them, see previous post, but lordy East Boston was DULL back in the day and I was cursed with a little something called imagination or hankering for adventure.

Mainly I was  impressed that Tony and Tia had cash and could purchase tickets to go somewhere. Cash was a commodity sorely lacking in my childhood pockets. Years later when reading "Catcher in the Rye" I kept wondering what old Holden was doing complaining about anything when he could afford a weekend in New York city all on his own. But I digress.... 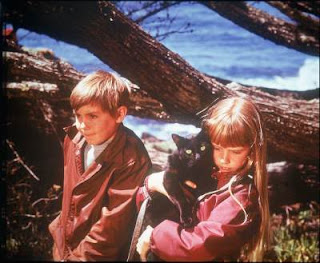 We are in the midst of a three day snow storm cycle here in Boston and I an going stir crazy. Not having my copy of "Escape to Witch Mountain" to peruse, I decided to watch the new film sequel on TV. 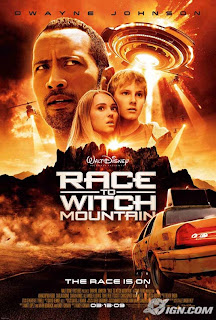 Not a good idea, I had to give up within a half hour. Not even Dwayne Johnson's acting "talents" could save the film for me. 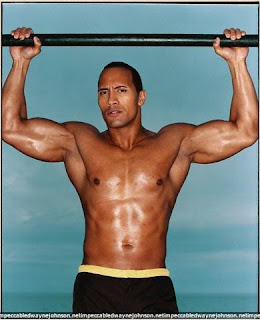 Alas back to the boredom of cabin fever.
Posted by ilduce at 1:02 PM 3 comments:

I'd completely forgotten about this series until it popped out of my subconscious while trying to sleep last night. I think i identified more with the movie from which this series is based on. In the movie James ran away from Boston and his family trying to return to Oregon and his former girlfriend, along the way teaming up with Kate Jackson on the open road.

Let's be honest it was the idea of running away from Boston(where I grew up with my avoidable family) and getting to do so with Kate Jackson that I found most appealing.... 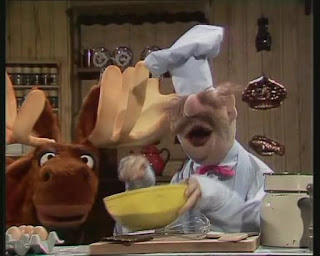 Posted by ilduce at 9:53 AM No comments: