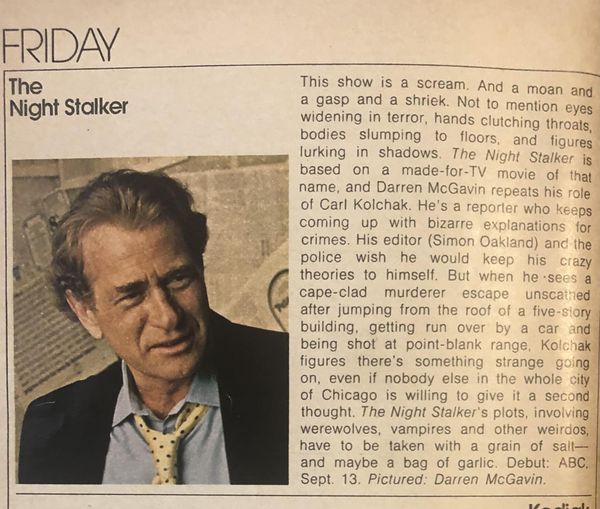 I encourage you to watch every episode!
Posted by ilduce at 2:52 PM 1 comment: 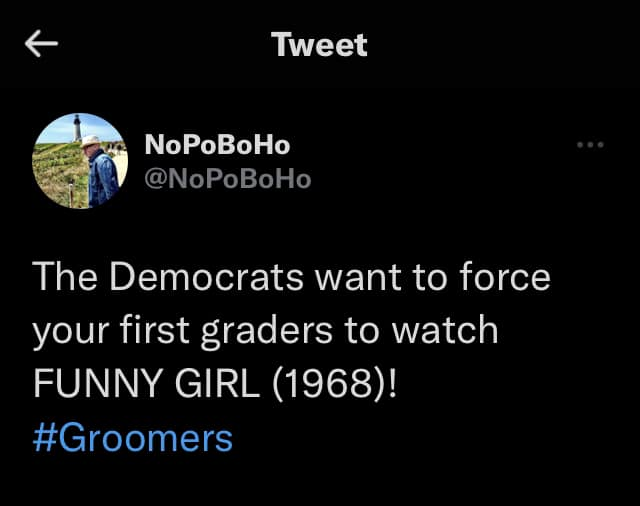 Really?
Posted by ilduce at 2:43 PM No comments:

http://art-of-eons.tumblr.com/post/171015770375/laclefdescoeurs-jael-and-sisera-jacopo-vignali
Posted by ilduce at 2:30 PM No comments: 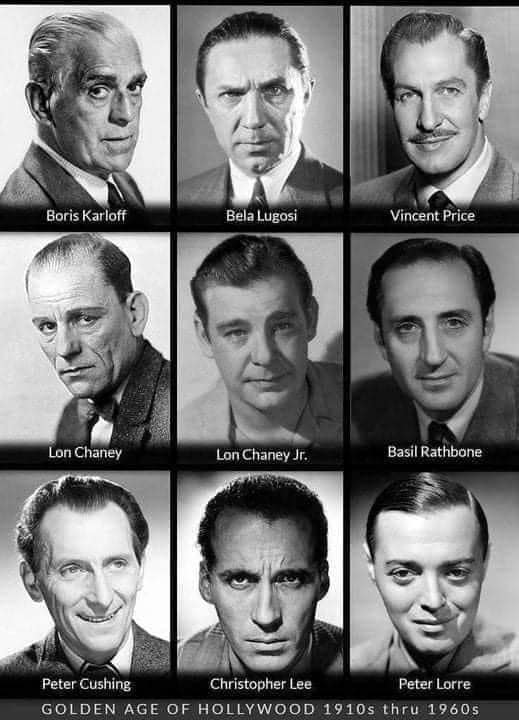 Read in to it what you will... 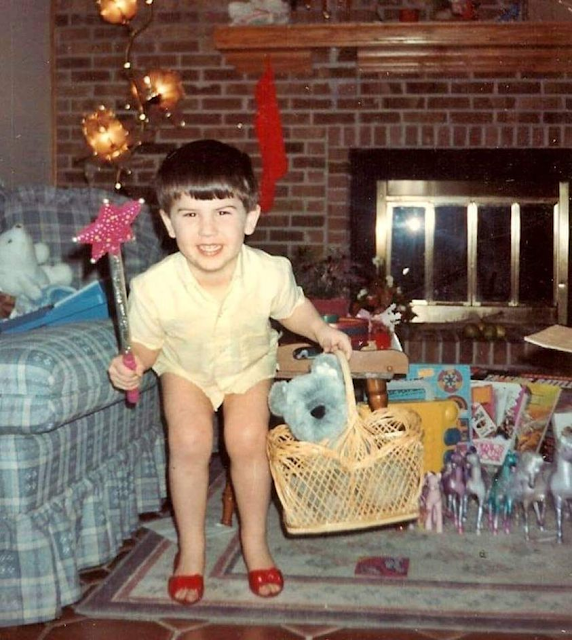 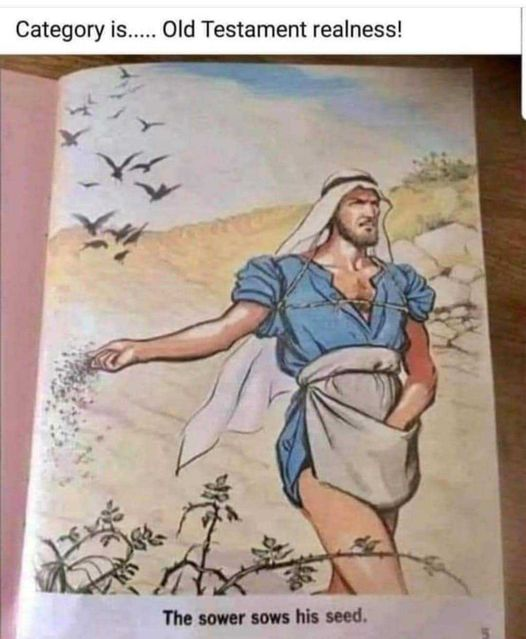 And to compete the ensemble.... 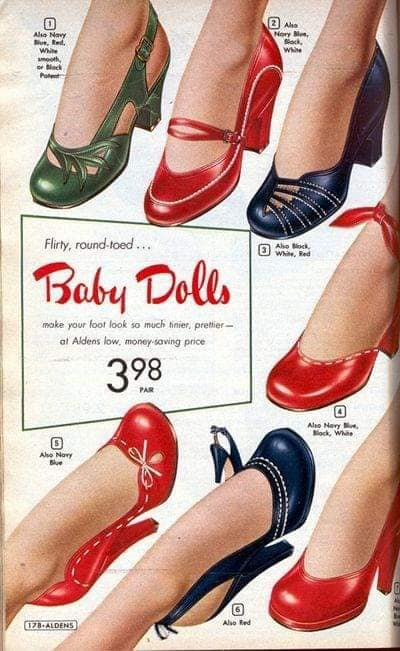 Posted by ilduce at 5:34 PM No comments: A little something from back in the day 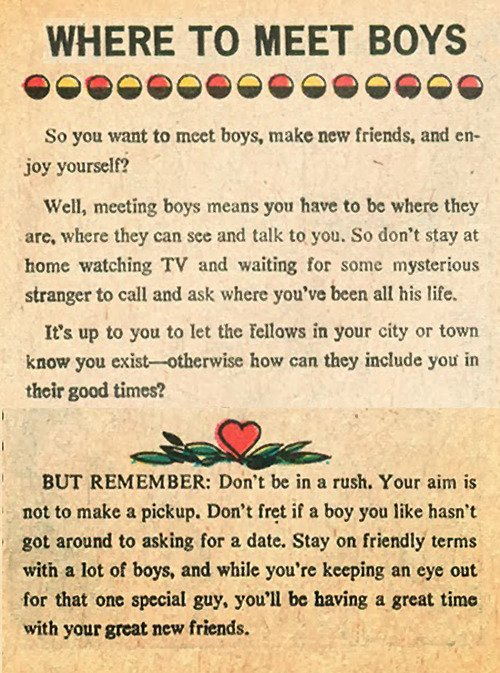 Because we care.
Posted by ilduce at 3:14 PM No comments: 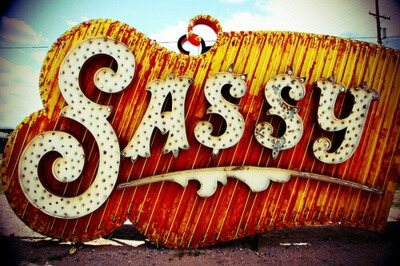 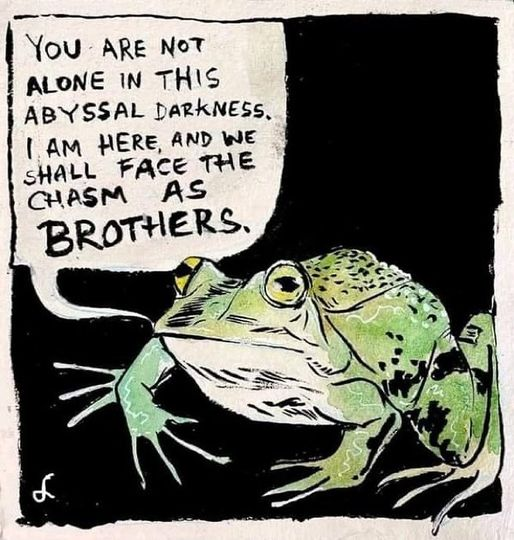 Running through my head

Posted by ilduce at 3:03 PM No comments:

Labels: Gene Kelly, running through my head, singing in the rain 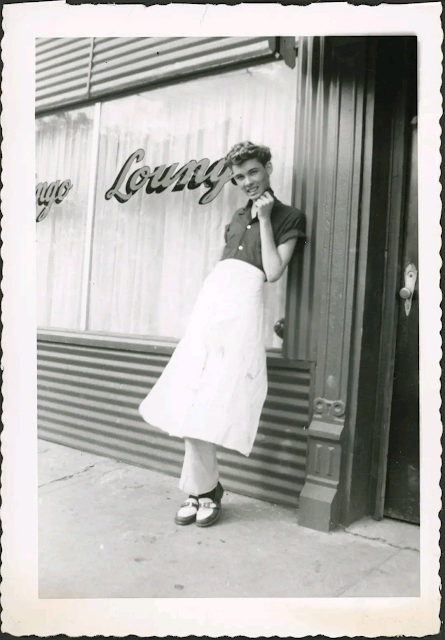 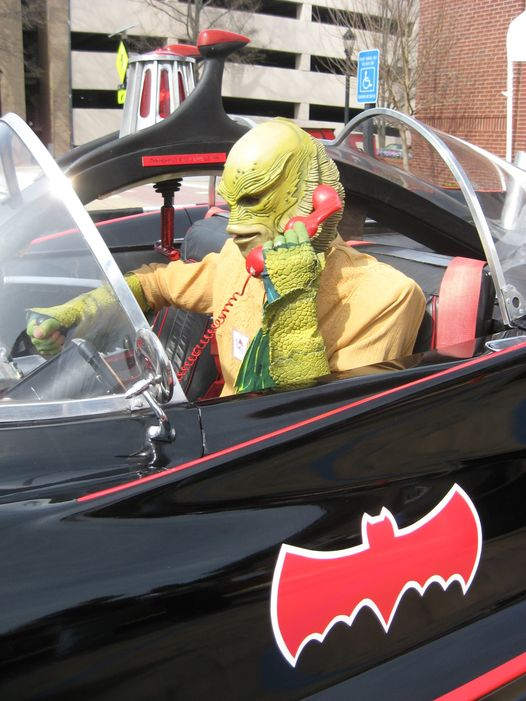 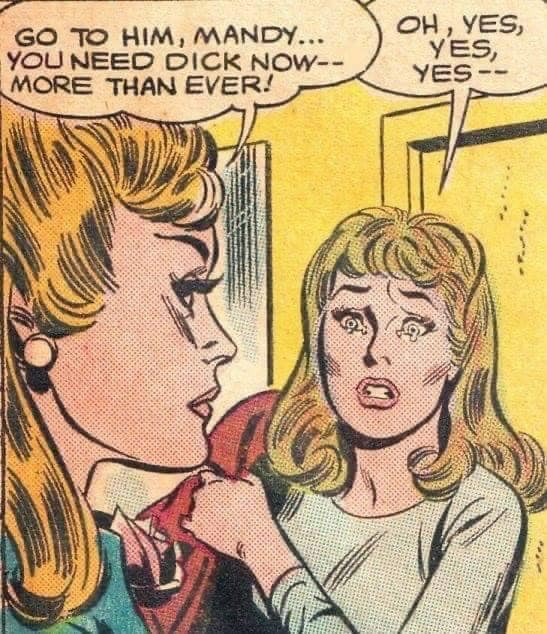 Labels: Ain't It The Truth, dick

So how's your Monday going?

Labels: Beefcake, Monday, towels
https://digitvintage.tumblr.com/post/689467710892015616/thegroovyarchives-the-flintstones-groom
Posted by ilduce at 4:29 AM No comments: 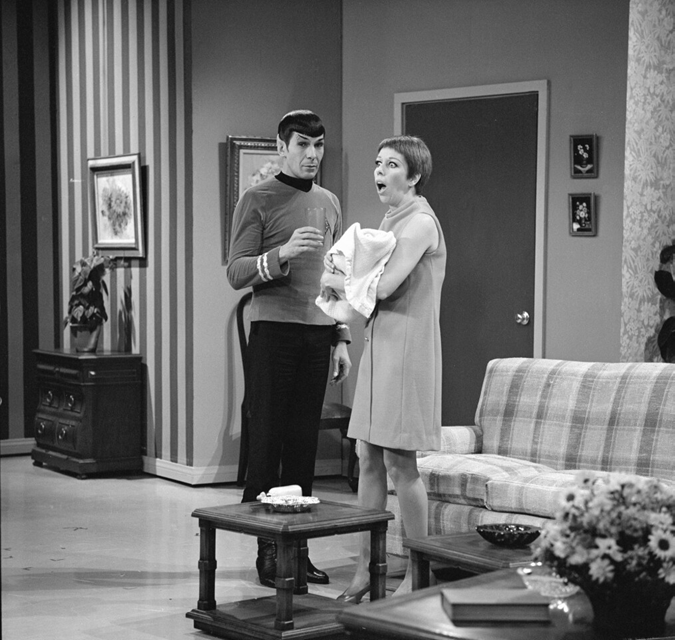 Posted by ilduce at 4:28 AM No comments: 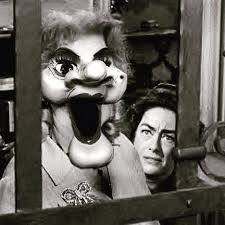 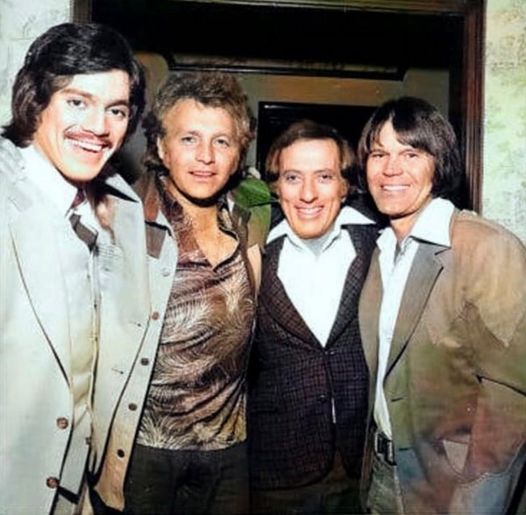 Pretty much the 70's personified.
Posted by ilduce at 2:08 PM No comments:

Who hasn't been there? 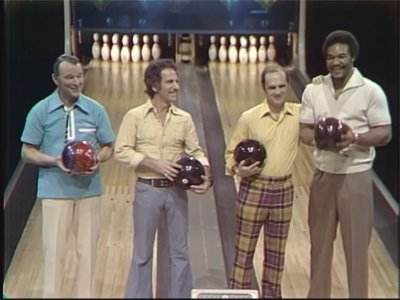 Posted by ilduce at 9:23 AM No comments:

Running through my head. 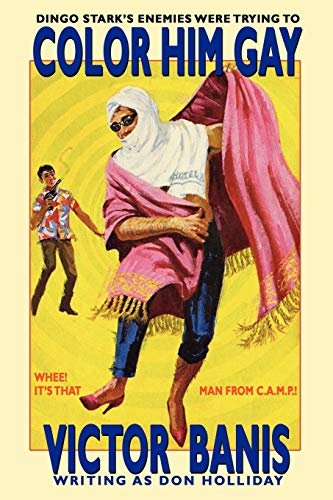 Birthdays - 25 May
Victor J Banis
(May 25, 1937 – February 22, 2019) was an American author, often associated with the first wave of West Coast gay writing. For his contributions he has been called "the godfather of modern popular gay fiction." He was openly gay.
Banis's first published work was a short story, "Broken Record," that appeared in the Swiss gay publication Der Kreis in 1963.His first long work of fiction was The Affairs of Gloria, a heterosexual romance with a few lesbian scenes inspired by the recent popularity of novels with lesbian themes; it was published in 1964 by Brandon House, a Los Angeles paperback publisher. The novel was indicted by a federal grand jury in Sioux City, Iowa, for conspiracy to distribute obscene materials in a government scheme to crack down on materials deemed pornographic. Although some of his co-defendants were found guilty, Banis himself was acquitted.
He continued to write both straight and bisexual novels for Brandon House, but incensed by government censorship, he was increasingly drawn to depicting the struggling gay scene that was yet barely chronicled in American literature. His first significant work of fiction was the innovative novel The Why Not, 1966. A series of intertwining sketches of habitués of a Los Angeles gay bar, it was the first gay work published by a San Diego firm, Greenleaf Classics.
Finding the novel sold well, editor-in-chief Earl Kemp asked Banis to submit other gay novels. Thus was born The Man from C.A.M.P. (1966). The success of the original novel was so great that Banis went on to write eight sequels (1966-1968). The series is historically important for several reasons. It was the first gay mystery series, already five in number before George Baxt could follow up on his success with A Queer Kind of Death (also 1966), and the C.A.M.P. novels depicted what is probably the first openly out and joyfully unrestrained gay hero in American letters, the indomitable undercover agent Jackie Holmes.
Banis wrote under a number of pseudonyms for Greenleaf, Brandon House, and Sherbourne Press. They include Victor Jay, J. X. Williams, Jay Vickery, and others for his gay pulp fiction works. However, upon the success of The Gay Haunt (1970), published by Maurice Girodias in his Traveller's Companion series, Banis moved away from the gay genre. He began writing heterosexual Gothic romances, again under a variety of pseudonyms. Jan Alexander and Lynn Benedict were two of the most popular. In 1977, he moved into more mainstream publishing with a historical novel, This Splendid Earth, written under the byline V. J. Banis and published by St. Martin's Press. Its success led to a sequel and opened doors at Warner Books and Arbor House. But by 1980, he was feeling burned out and ceased publishing.
In the early years of the new millennium, Banis found himself approached by various scholars seeking information about the history of gay publishing during those crucial years in the 1960s. Their number included Hubert C. Kennedy, Michael Bronski, Susan Stryker, Fabio Cleto, and Drewey Wayne Gunn. In 2004, Professor Cleto of the university in Bergamo, Italy, contacted Haworth Books about republishing three of the early C.A.M.P. novels and convinced his own university to publish Banis's memoirs, Spine Intact, Some Creases. In 2006, Bill Warner of GLB Press brought out a second trilogy of C.A.M.P. novels, and Michael Burgess of Wildside Press began republishing others of Banis's long out-of-print novels.
Banis began writing fiction once again. He appeared in a number of anthologies. Come This Way, a collection of new and some old stories along with excerpts from earlier novels, was published by Regal Crest in 2007 with an homage from Drewey Wayne Gunn. The same year, Wildside Press published Avalon, a heterosexual romance set in the 1940s through the 1970s, and Carroll and Graf published the gay Western romance Longhorns, with an informative essay by Michael Bronski, his first new novels in more than thirty years.

via: The Celluloid Closet Babylon

What fresh hell is this?

Posted by ilduce at 1:00 PM No comments:

Labels: I Dig Rock And Roll Music, The Ed Sullivan show, The Primo Family, Where Is Love? 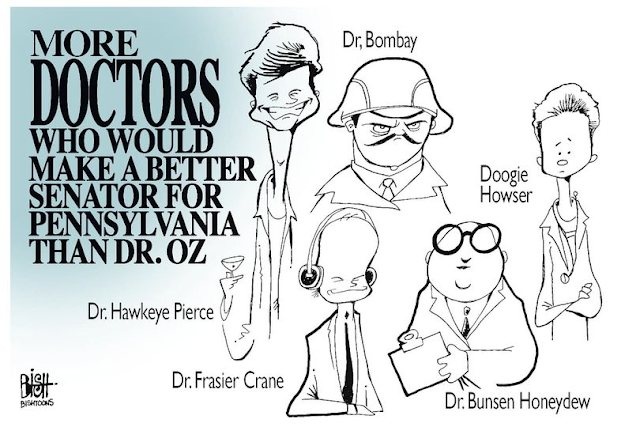 Labels: Ain't It The Truth

https://24hoursinthelifeofawoman.tumblr.com/post/168262658555/marilyn-monroe-by-cecil-beaton
Posted by ilduce at 3:15 PM No comments:

A few days late, but!

14 years ago I was in a bad career and social rut. One of the few things that got me out of bed and to the office was the impetus to get to my work computer so I could scroll though the various blogs I was following and that encouraged me to start Suffering Fools Badly.  I'm happy to say at least the career rut has lifted, hence the lack of posts due to my schedule getting constantly busier.  As I still like to stop in and hear from you all. I'll still be plugging along!
Posted by ilduce at 12:26 PM 4 comments:

Labels: back, baseball, Beefcake, Weekend
https://classic-flicks-chick.tumblr.com/post/160226595646/twostriptechnicolor-everyday-fashion-1939
Posted by ilduce at 3:26 PM No comments: